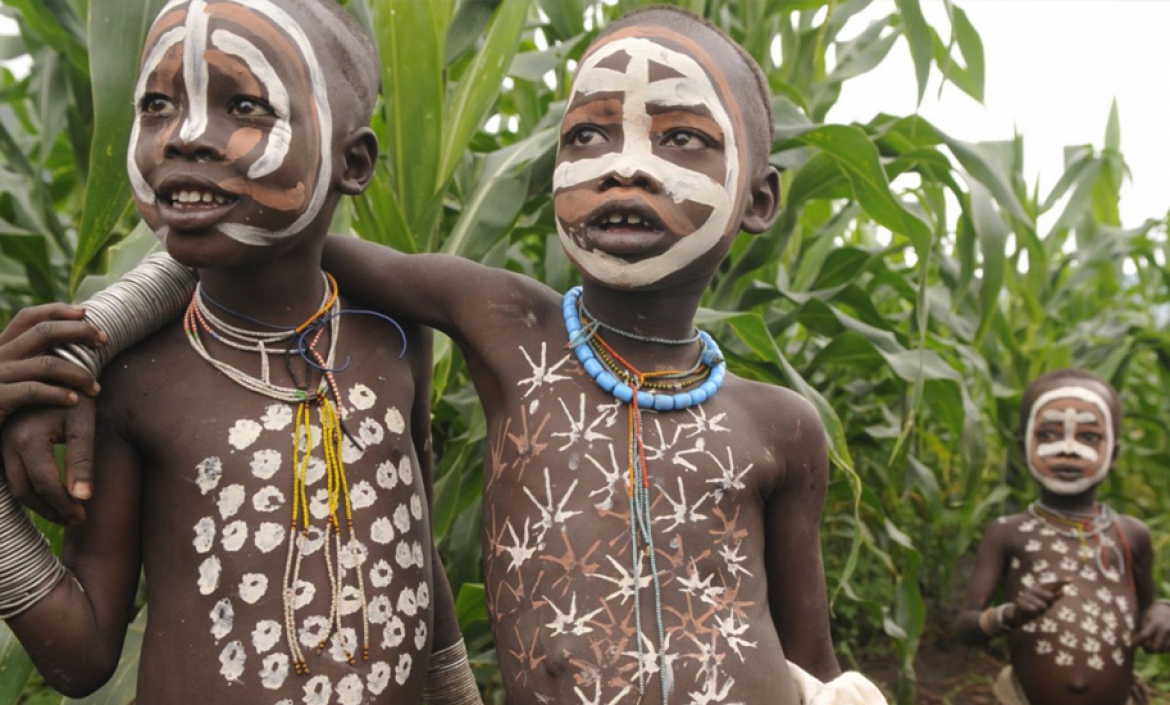 Arrival to Addis Ababa. Addis Ababa, this is the world’s third highest capital city. Meet our local tour guide at the airport. After checking in at the hotel, set out a sightseeing tour of the city of 4 million people, taking in the Trinity Cathedral and excellent National Museum, with its archaeological discoveries including the famous hominid “Lucy”. Drive up Mt Entoto, the highest part of the capital, for the panoramic view, and then explore the Mercato, the largest open-air market in East Africa, Back to hotel. Stay 1 night: The Ghion Hotel, Addis Ababa; dinner not included.

To Bahir Dar. Early morning transfer back to the Airport, to depart on the Ethiopian Airlines ET126 depart at 07:20 arrive at Bahir Dar 08:20. flight north to Bahir Dar, on the shores of the country's largest lake, Lake Tana. On arrival, travel by coach to the village of Tisissat about 35 km away, to see the “Smoke of the Nile”, the famous Falls of the Blue Nile which flows out of Lake Tana. . “The gentle river pours over the side of a sheer chasm and explodes into a melange of mists and rainbows before continuing on its tumultuous path to Khartoum where it finally gets to kiss the White Nile” (LP); the falls are 400 metres wide, and drop 42 metres, and they are the largest falls in Africa after the Victoria Falls in SW Africa. Back in town, after an included lunch, visit the open air market of Bahir Dar. Stay 2 night: Summerland Hotel, Bihar Dar. (B, L, D).

Cross by Boat from Bahir Dar to Gorgora, you will have a Cruise on Lake Tana. It is around Lake Tana that in 1636 and for two and a half centuries crystallized the essence of the political, religious and artistic events in the country. Lake Tana is one of the Biggest Highland Lake in Ethiopia, powered by dozens of small streams, board a boat for a cruise on Lake Tana to visit some of the ancient churches and monasteries built around the lake and on some of its 30+ islands in the 17th century or earlier; they are adorned with Biblical murals and portraits of Ethiopian Saints. The lake is also home to many bird species. Lunch will be on the boat, Late in the afternoon arrive at Gorgora where we will meet our bus. Stay 2 night: Taye Belay Hotel. (B, L, D).

Full day tour in Gonder (World Heritage site by UNESCO in 1979), population 210,000, at 2210m. start the exploration of the 17th century city which was the country's capital dating from the Reign of Fasiledes from 1632; at that time Gonder had become the second largest city in Africa after Cairo. Impressive medieval castles and palaces were built by various emperors over the course of 236 years and have given Gonder the title of the “Camelot of Africa”. Visit the palaces, residences and baths of Fasiledes which became UNESCO World Heritage sites in 1979. Then visit the Church of Debre Berhan Selassie (Light of the Trinity), which is located at the summit of a hill; “this is one of the most stunning churches in the nation” (LP). The interior is decorated with beautiful frescos. A high stone wall with 12 round towers, representing the 12 Apostles, surrounds the church compound. Stay 2 nights: Gonder Hotel .

A day excursion to Semien Mountains National Park. (World Heritage site by UNESCO in 1978) Travel 136 km out of Gonder to undertake a short trek in the mountains at about 3250 m a.s.l to various viewpoints and with the hope of seeing some of Ethiopia's endemic birds. Lunch will be served in lunch boxes on top of the main view point. Return to the hotel for dinner.

To the amazing sights of Lalibela. (World Heritage site by UNESCO 1978) Morning drive to airport for Ethiopian airlines flight ET122 departs at 08:35 from Gonder arrive at Lalibela at 09:05AM, take flight to the small town of Lalibela to see its remarkable 12th century churches which King Lalibela had excavated out of solid bedrock – 11 of them, and now officially registered as world wonders. “Truly, the wonder of Africa” (LP). After checking into the hotel and having lunch, visit the first group (consisting of 6 rock-hewn churches to the north); as the churches are still in use, shoes have to be removed, and dress modest. Stay 2 nights: Lalibelal hotel.

, In the Lalibela District. This morning there is an optional excursion tour to a rock hewn monastery of Asheten Mariam, set at over 3150m, atop a mountain rising directly above Lalibela. “The Church is unusual because it is mostly built rather than excavated” and “it is thought that it may predate Lalibela’s churches by about 80 years”. “The carving and decoration are exceptional, especially the cruciform windows and the elaborate nave ceiling” (LP). In the afternoon, make a visit to the second group of Labila’s churches (consisting of 4), and the third group consisting of only one, but the most beautiful (“Lalibela’s masterpiece”) - the monolithic cruciform church of Bet Giyorgis (St. George); “It is a 15m-high three-tiered plinth in the shape of a Greek cross”

To Axum, one of the oldest cities in the world. (World Heritage site by UNESCO in 1980) morning, fly from Lalibela north to Axum by Ethiopian airlines flight ET122 depart from Lalibela at 0925 arrive Axum at 1005, the city founded by the Axumites more than 2500 years ago, and one of the most powerful kingdoms of the ancient world. It reached its peak around 200 BC, and was Christianised by Greek missionaries (Saints) in the 4th century. In a busy morning of sight seeing, explore the tombs of various emperors (1st to 6th centuries AD), see the extraordinary obelisks (or Stelae) brought from a quarry 4 km away, the biggest one weighing 517t, and visit the Church of St Mary of Zion in which the Arc of the Covenant is deposited. After lunch in the hotel, drive to Gugit to see the rockcarved lion and visit the ruins of the Palace of the Queen of Sheba. Stay 1 night: Hotel in Axum.

Return to Addis Ababa and commence the safari to the south. Fly from Axum back to the capital by ET129 depart Axum at 0915 arrive Addis Ababa at 1045AM, meet your vehicle drive to hotel for lunch afternoon shopping in Addis Ababa. Evening Departure. 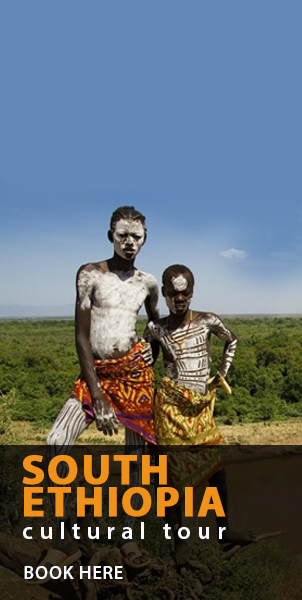